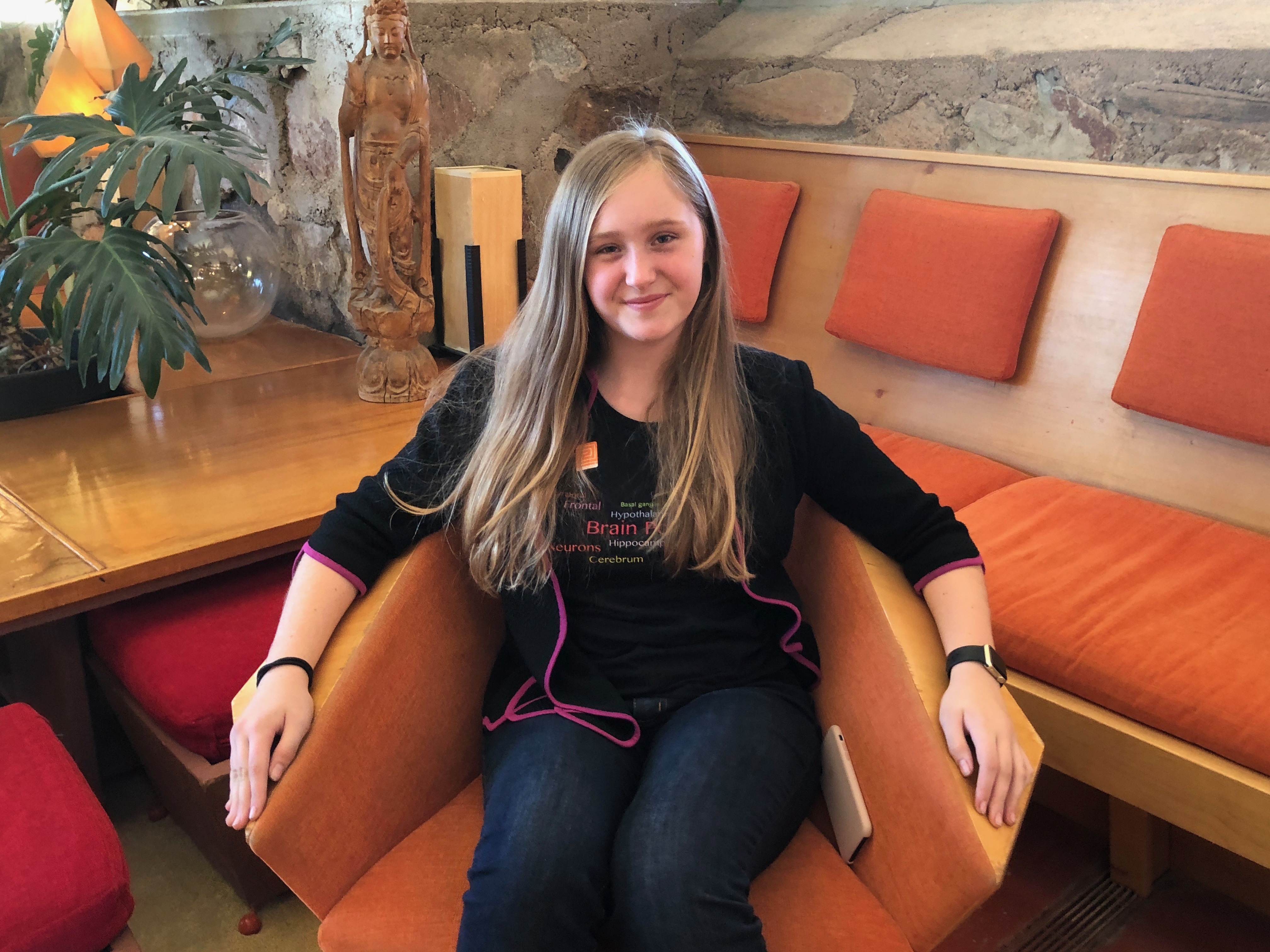 It’s Sofia, your Arizona Think STEAM student lead. I’m writing from Arizona’s own Taliesin West. Designed by noted American architect and icon, Frank Lloyd Wright, Taliesin West was a home, studio, and school that he built with the help of his apprentices.

He began the project when he was 70 years old. His work on the desert home continued on it until he died just before the age of 92 and students to this day continue to both restore this historical landmark and develop unique experimental structures on the surrounding desert land.

Frank Lloyd Wright was a world-renowned architect who built many famous buildings, including The Guggenheim Museum in New York and Falling Water in Pennsylvania. His work exhibits all of the elements of STEAM- science, technology, engineering, art, and math. He was influential in organic architecture as he embraced nature and said that perfect architecture occurs only when you don’t know when the nature and ground ends and when the building begins.
He called Taliesin West a desert mosaic as he created walls that used the quartz found on the property and a dry cement that left a feeling of an art piece and a mosaic. In addition, Mr. Wright didn’t want to put any glass in his house to allow creatures and animals of the desert to enjoy his architecture and he welcomed nature in this way. As Taliesin West is now an architectural college, they have installed windows and doors. However, he refused to move his pottery and furniture so glass was cut around them which played with the incorporation of nature. Taliesin West pushes the boundaries of organic architecture and how buildings can become one with nature.

Frank Lloyd Wright was also a renowned mathematician. This shows how he incorporated the sciences in his work of design. He also was an incredible engineer and created amazing sound boards that projected voices far away which he used for musical performances. As an artist, he was respectful of light and shadows and was in tune to science as he engineered with this as a focus. Mr. Wright used geometric shapes that were complimentary to the angles of the mountains- 15 degrees. This collaboration and use of all of the principals of STEAM inspired me to write about this special project he created.

Also, Frank Lloyd Wright was very innovative and was one of the most influential architects that became revolutionary with his contemporary design. He invented floor lighting and placed his projection screen above the fireplace. His acoustic architecture pushed engineering feats. One of his rooms is an irregular hexagon- it has no parallel lines where sound could bounce back. Due to this science and technology, the room is 97% acoustically perfect and it has no echo.

Lastly, Frank Lloyd Wright is noted and respected for his early encouragement of women in architecture STEAM fields. He included women in his apprentice positions since day one back in the 1930s and he has engaged the ideology of equality between genders which was very progressive for the time period. He was born only two years after the civil war. In addition to this, he gave many opportunities to young students as well as older adults, putting no limits on age. He gave opportunities to everyone that was qualified and willing to try regardless of their gender, age, or race.

I️ hope you enjoyed hearing about the incredible architect Mr. Frank Lloyd Wright. He has been a major influence in the field of architecture and has inspired many of the buildings and homes we live in, enjoy, and appreciate today.

As Taliesin West is not a museum, you are able to sit in his furniture like this wing-back origami-inspired chair.