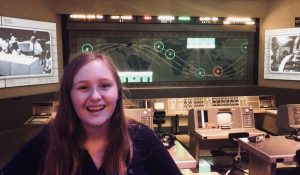 It’s Sofia, the Arizona Student Lead! I’m blogging to you from Cape Canaveral, Florida. Last week, I witnessed the amazing launch of SpaceX’s Falcon 9 from the Kennedy Space Center! The Falcon 9, named after its 9 powerful engines and the Millennium Falcon, has successfully launched and landed its first stage 18 times! This booster has now been launched three times. It is what we call “proven” which means reused. The rocket successfully landed roughly 10 minutes after its launch on SpaceX’s drone ship off the coast of Jacksonville. The engineering feat pushes the boundaries of science and technology while applying a level of art and design in the engineering of the beautiful rocket. It was amazing to see all of the curious space lovers that came to watch the launch of this defying rocket.

I also had the pleasure of visiting the new Heroes and Legends exhibit which commemorated all of the brave and courageous astronauts that risked man’s greatest gift in the name of space exploration. It showcased the first female astronauts including Sally Ride. All of these amazing inspirations are true heroes. I encourage you to look up the stories of these legends to honor all that they have done for our planet in gaining information from above. 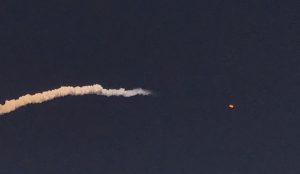